Are you looking for a way to get rid of some stubborn fat from your face or your double chin, but don’t want to have a more invasive operation like liposuction? Looking for a way to get that V shaped facial line (the V-line) that Koreans are so obsessed about? Fat dissolving injections could be an excellent option. It is a type of cosmetic procedure called mesotherapy. It is minimally invasive and involves small injections of pharmaceutical solutions into the middle layer of the skin. The solutions then dissolve the fat. 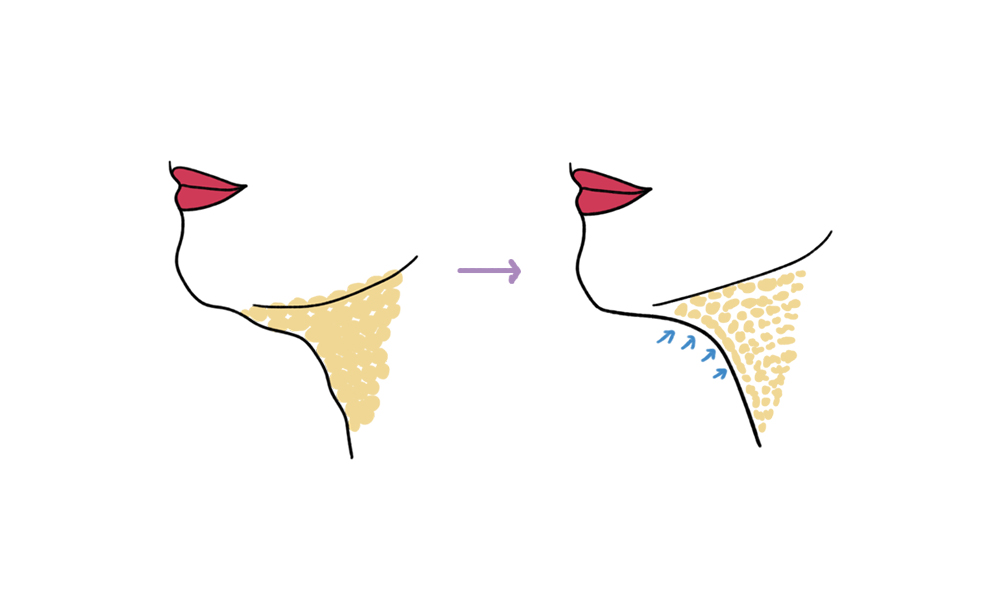 Facial fat dissolving injections are often referred to by other names such as non-surgical chin lift, or contouring. In the past couple of years, they have been growing in popularity. Kybella (also called Belkyra) was the first such injection to be approved by the FDA in 2015. Kybella is most commonly used for the double chin, and since it was introduced to the market, it drew a lot of attention. Kybella contain synthetic forms of deoxycholic acid, which is a compound that naturally occurs in the body. The deoxycholic acid dissolves the fat and both the compound and the fat are broken down and metabolized. Then your body gets rid of it as waste. This process occurs over a time period of a couple weeks.

In Korea, many clinics have their own names to the injection, such as, face contouring injection, face sculpting injection, egg (referring to the desired shape of the face) injection, v-line injection, v-fit injection, and so on. Even before the first FDA-approved Kybella entered the scene, fat dissolving injections were one of the most sought out treatment in Korea. How? Korean clinics have been practicing mesotherapy with injections containing substances that are known for their fat dissolving properties. Korean doctors are extremely versed in successfully performing fat dissolving facial injections. It is a very common procedure that both Korean men and women use to slim down their faces. They do it to get rid of their double chins and obtain the coveted V-Line look. The sheer number of clinics and competition offering the procedure demands that doctors are proficient, and prices are kept reasonable. 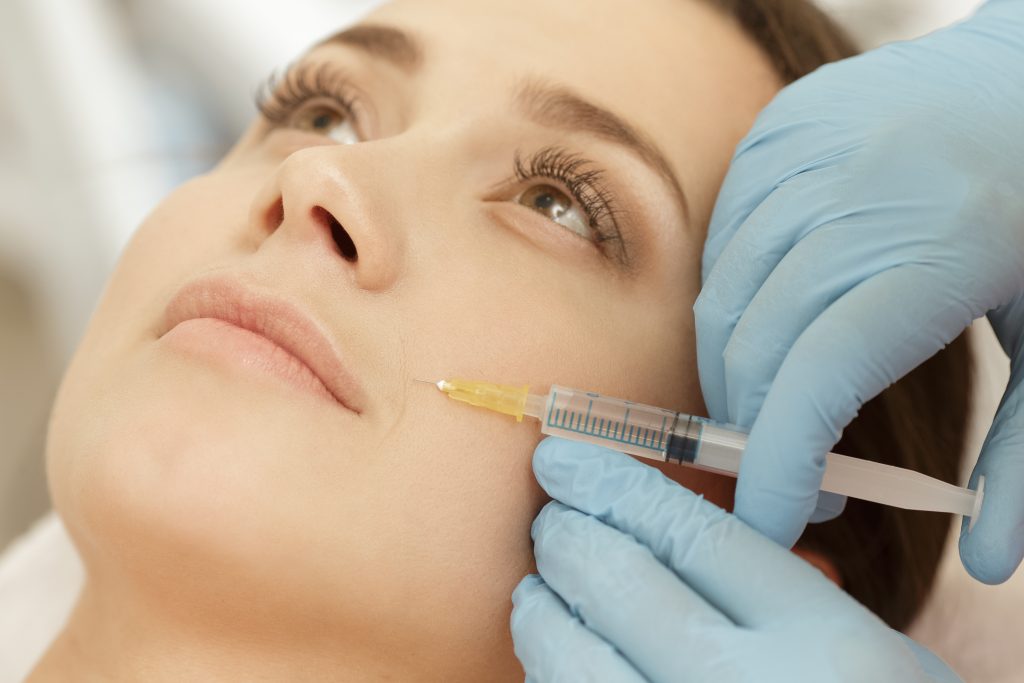 What can I expect?

Getting fat dissolving injections in Korea is not seen as a big deal at all. Patients can routinely be in and out of a clinic in less than an hour. In general, once you arrive at your chosen clinic, you have a consultation to ensure you are a good candidate. Next, numbing cream is applied to the area where the injections will be made, and you wait for 20 minutes. The cream is wiped away and the doctor injects the solution where improvement is desired. There is slight discomfort during the injections, but the pain is minimal. The actual procedure lasts less than a couple of minutes. After, you are free to go about your day.

Some patients experience a little bit of swelling for a couple of days. The swelling is usually minor and subsides after a few days. The injection site areas can also be sore and tender to the touch for several days. Patients are instructed to stay away from activities such as swimming or going to the sauna for that day. It is also important to not wash your face for four hours following the procedure. The doctors also advise drinking plenty of water and refraining from drinking alcohol. After two to three weeks, you will be ready for a second round of injections. Do note that a single injection may not be enough for you to completely rid yourself of your double chin and attain that V-line, and most clinics in Korea recommend three to four treatments for optimal results.

The price of getting facial fat dissolving injections is another reason why Korea should be considered. In places like the US or Australia, the procedure usually costs between 1,200 and 1,800 dollars. The total cost is determined by the number of times you get the treatment. However, with three treatments, which is the recommended amount, there is an average cost of around 5,400 dollars.

In contrast, in Korea the price is much more reasonable. The cost of a treatment is around 350 to 500 dollars, averaging at 420 dollars. That also means that three treatments can regularly be less than one treatment in the US.

CoolSculpting in Korea and its benefits