CoolSculpting is a non-invasive procedure for fat reduction. This means no needles or knives will go anywhere near your skin. It turns out that freezing fat is the best way to get rid of it. Cooling the areas with fat allows reshaping the contours of your body, providing you with the body you wanted without invasive surgery. There are of course natural methods of reducing fat such as exercising and dietary control, but many busy people give up because it is hard to continue the tedious routine together for a long time.

There are other fat reducing procedures like injections and liposuction, but CoolSculpting has the advantage of permanently removing the fat layer without the pain.

CoolSculpting is the number one non-surgical fat reduction treatment in the world. 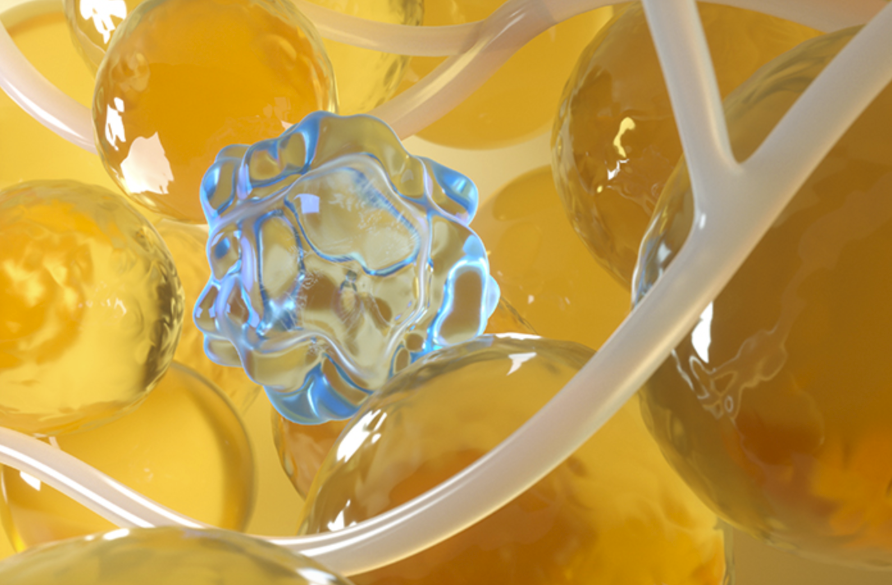 CoolSculpting takes advantage of fat cell characteristics being weak at low temperatures. This non-surgical body fat reduction treatment damages the fat cells and exposes them to cooling stimulation at a certain temperature for a certain period of time.

Damaged fat cells will then break down (otherwise known as lipolysis) and then be absorbed in the body. Cryolipolysis technology is used to achieve this.

The principle of this theory was discovered long time ago, but it was not introduced to obesity treatment for a while because technology that only damages fat cells without damaging surrounding tissues was not yet developed.

Scientists at the Wellman Dermatology Center at the Massachusetts General Hospital in Boston developed a way to protect the tissue around fat cells in 2009. Main developers of this technology are Harvard University scientists Dieter Manstein, MD, PhD and R. Rox Anderson, MD.

The idea was to fix a cup-shaped cooling system to the area you want to remove the fat. This cup was fixed to the area, and cooling stimulation was applied for 35 minutes. In addition to this principle, the technology of transferring cooling energy from cooling sensors and gel pads to fat layers, only fat cells can be selectively destroyed without damage to the skin, muscles, nerves, blood vessels and other surrounding tissues.

Advantages of CoolSculpting in Korea

CoolSculpting is a safe and effective procedure since it is the first ‘non-surgical fat reduction treatment’ approved by the FDA, CE and KFDA.

This procedure can be performed in a comfortable state while you are reading a book or watching TV since there is little pain.

In only one treatment lasting about 35 minutes, you can permanently reduce the fat layer by about 25%. Since it is a localized treatment, it is possible to effectively remove fat from the desired area using multiple applicators. Return to your daily life is possible right after the procedure since it involves no incisions, no anesthesia, and no scarring.

Recommended cases for CoolSculpting in Korea

CoolSculpting is recommended for people who are worried about stubborn fat in areas such as double chin, thighs, belly, and forearms. It is also recommended to people who want to return quickly to their daily life, such as a full time worker or a student. CoolSculpting is a great fit for someone who has concerns about surgery, anesthesia, pain, or side effects. 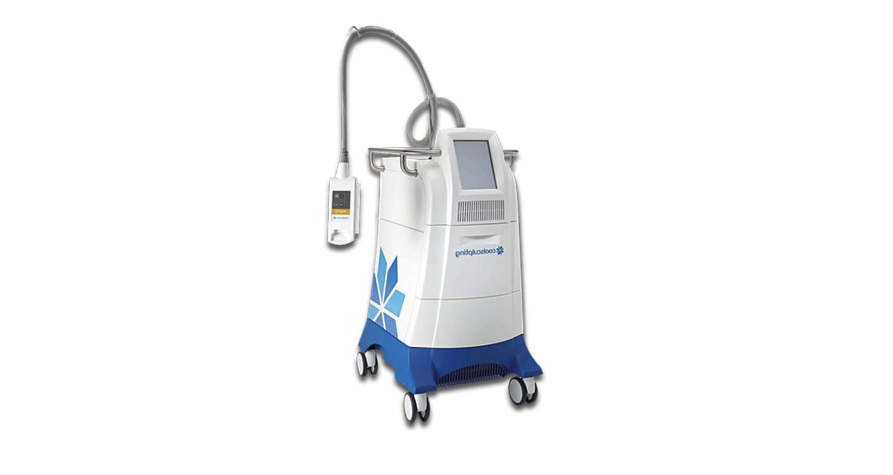 As mentioned previously in this blog, CoolSculpting cryolipolysis is a non-invasive cooling of fat cells to induce lipolysis to reduce body fat without damaging other tissues. Its advantage is that it is painless and can effectively remove fat from various parts of the body using multiple applicators.

SculpSure is a non-invasive laser procedure that uses the heat generated by a 1060nm wavelength laser to remove fat cells. This process has advantage of having no pain and it is effective at removing fat cells and cellulite on the lower abdomen 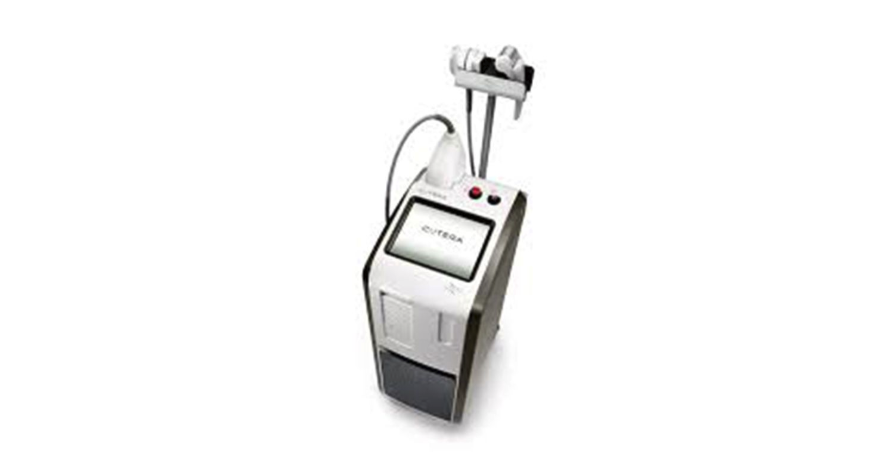 Trusculpt uses RF energy that is uniformly and continuously transferred to the deep area of subcutaneous fat to eliminate fat cells at temperatures of 45°C. Trusculpt helps improve skin elasticity by producing collagen at the same time the fat cell is reduced.

Location and direction of the region needing CoolSculpting is checked. Gel pad is applied to the area to be treated and suitable applicator (according to the fit on the location where gel pad is attached) is installed to the CoolSculpting system. Fat freezing process starts, and it takes around 35 minutes per site.

If the hospital happens to have multiple CoolSculpting devices available, then two to three areas can be treated simultaneously at the same time.

The effect of the treatment is visible over a period of three weeks to three months as the cooled fat is slowly broken down and release out of the body.

Older versions of applicators for CoolSculpting were classified into six different types and these were coolmini, coolmax, coolsmooth, coolcore, coolcurve, and coolfit. Different applicators were chosen according to the different treatment areas.

Coolmini is an applicator developed specifically for the removal of fat in the lower jaw area and its shape is optimized for treatment of double chin. 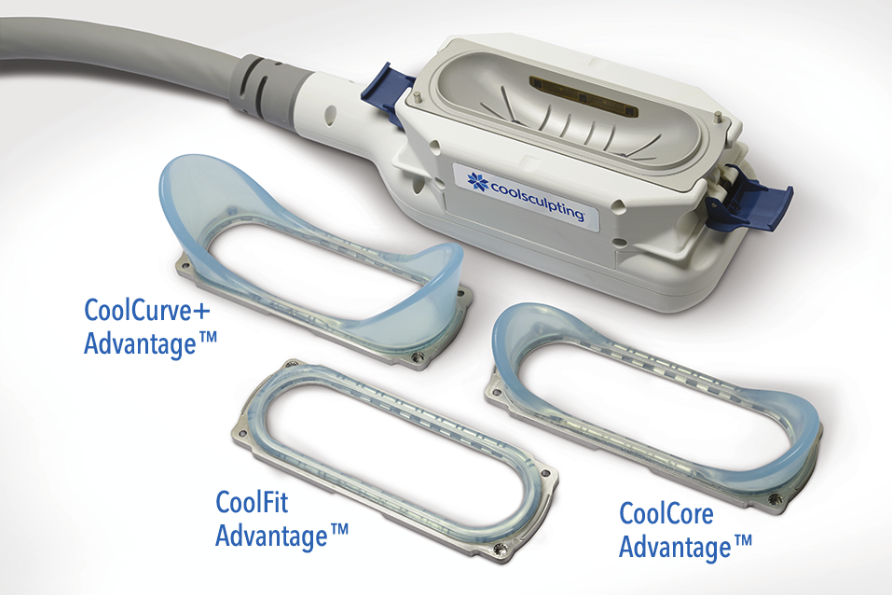 Through these new applicators, the procedure time has been drastically reduced from 60 minutes to 35 minutes. New applicators are suitable for the body shape of a small Asian woman and it reduces the pain caused by the negative pressure because of its smaller cup size.

There are approximately 80 hospitals that have CoolSculpting in Korea. It is understood that there is a large price deviation between hospitals among non-invasive procedures.

There are no anesthesia procedures and no recovery downtime for CoolSculpting.

CoolSculpting before and after

A Complete Guide To Getting Jaw Botox In Korea

Fat dissolving injections: Swap your double chin for a V-Line