Having many moles on your skin can be aesthetically messy and it is very common to have one or more for most people. Moles on certain location of your face can sometimes have an effect on your impression. Moles are concentrations of pigment-producing cells on your skin and people with lighter skins tones tend to have more moles. Getting mole removal in Korea through procedures can really change a person’s impression dramatically and it is simpler than cosmetic surgeries such as double eyelid surgery.

In this blog, we will find out more about laser mole mole removal treatment and how it can help you.

Having a mole removed is an important decision for an individual. Therefore, it is very important for you to determine whether or not your mole is a symbol of attraction, or a beauty complex. When you make a decision to remove a mole, it is always better for the decision to come from yourself rather than others.

Some moles such as intradermal nevus and melanocytic nevus must be removed early to prevent growth. These moles will grow overtime and make it more difficult to remove as time passes.

Small moles are quite simple to remove and in most cases it is a quick procedure. But there are times when moles are over 1cm in size and thicker, and appropriate treatment methods should be applied depending on the cause and shape of the moles.

It is important to first consult with an experienced doctor to find out the cause of the moles or when you are trying to remove thicker or larger moles.

The equipment used in Korea to remove moles are through laser machines. Korean dermatology clinics tend to have many different kinds of equipment for mole removal and because of this, the results for mole removal are superior and cheaper at the same time.

There are many different types of moles despite many moles being similar in size and shape. They can be of wide variety including black, brown, blue, and white moles. There are many causes for developing these moles, both innate and acquired causes.

Many moles that are acquired from infancy to puberty are mostly caused by genetic factors.

Large and noticeable moles are classified as intractable pigmentation disease and these can be fairly difficult to treat. There are also typically protruding moles, large moles over 1cm in size, and Becker’s nevus, which are also called hairy nevus.

It is much more effective to treat these pigment diseases earlier on because they grow bigger and thicker as time passes.

Many moles that occur after puberty are moles that are acquired and these moles mainly occur due to ultraviolet rays. This happens because the mole producing cells are initially hidden in the skin, only to be activated when they are exposed to UV rays and exposed onto the surface of the skin. These moles are quite easy to remove.

There are other diseases that sometimes appear in the form of moles. To give a specific example, if the mole bleeds easily, then a person can suspect a type of skin cancer called melanoma.

When you decide to get your mole removed in Korea, it is very important that you consult with the doctor as close as possible to determine the timing of mole’s existence and other underlying symptoms that may accompany it.

Many methods of removing moles are used in Korea. To name a few, there are chemotherapy, burning the moles with electricity, and removing them with laser. Large moles that are difficult to use these particular methods are surgically removed. Most mole removal procedures nowadays are usually done with lasers. Let’s find out more about laser therapy used for mole removals.

This method is used to remove simple moles and this procedure is cheap. However, the heat damage caused to the tissue around the skin is relatively high. 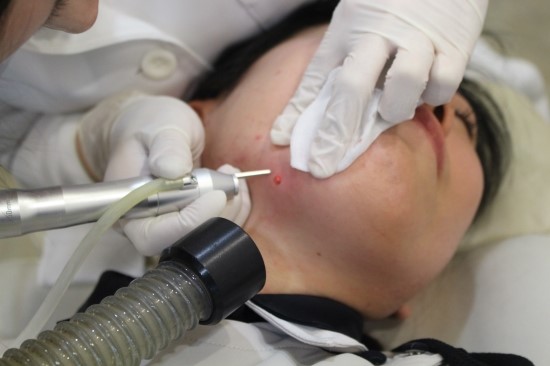 Er:yag laser, otherwise known as Erbium yag laser is a powerful yet gentle surgical technique for the treatment of many skin conditions including mole removal. It is the same equipment commonly used for laser toning, a popular Korean laser treatment that helps rid of sunspots and blemishes. There are two modes for Er:yag laser, short and long pulsed mode that can be used to precisely remove unwanted moles. Heat damage to the tissue surrounding the skin is very low, which can occur during the process of mole removing. 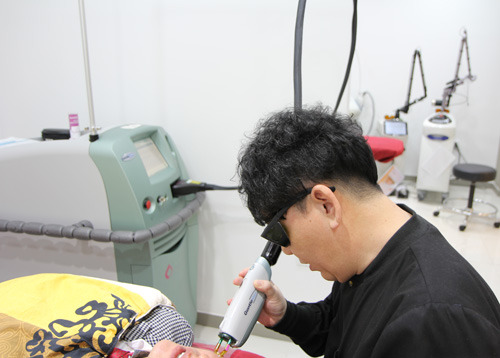 Gentlemax laser is a great alternative in the laser mole removal treatment. Gentlemax laser can penetrate into the dermis with high-intensity energy procedure that allows treatment of large moles, thick or deep moles.

There are wide range of laser beam sizes available from 1.5mm to 18mm which allows the ability to perform procedures according to the size of each mole lesion.

Anesthesia for mole removal in Korea

To reduce pain when receiving mole removal procedure, a topical numbing cream is applied on the skin on the area to receive treatment. The general topical anesthetic cream used is basically a lidocaine cream that numbs the skin where it is applied. By doing this, the moles plus the surrounding area should be nice and numb before the procedure starts.

Recovery after mole removal in Korea

There is a recovery process after getting your mole removed. After the mole removal is finished, patient is expected to apply antibiotic ointment consistently until the scab drops naturally. The antibiotic ointment is used to prevent infection in the treatment site and you should be careful not to forcibly remove scabs as it can leave a scar.

It helps to wrap the treatment site with a moist bandage to better manage wounds caused by mole removal.

Sauna or swimming pool should be avoided for about a week after the procedure as a precaution against infections. It is also recommended to control your diet for the duration and avoid drinking or eating oily foods as it can irritate the treatment area.

You should also apply sunscreen when you go outdoors to block harmful UV rays.

Please consult with a doctor about administration of contraceptives, female hormonal drug, photogenic drugs and antibiotics for 6 months after the treatment as it may cause unwanted pigmentation.

Mole removal in Korea before and after 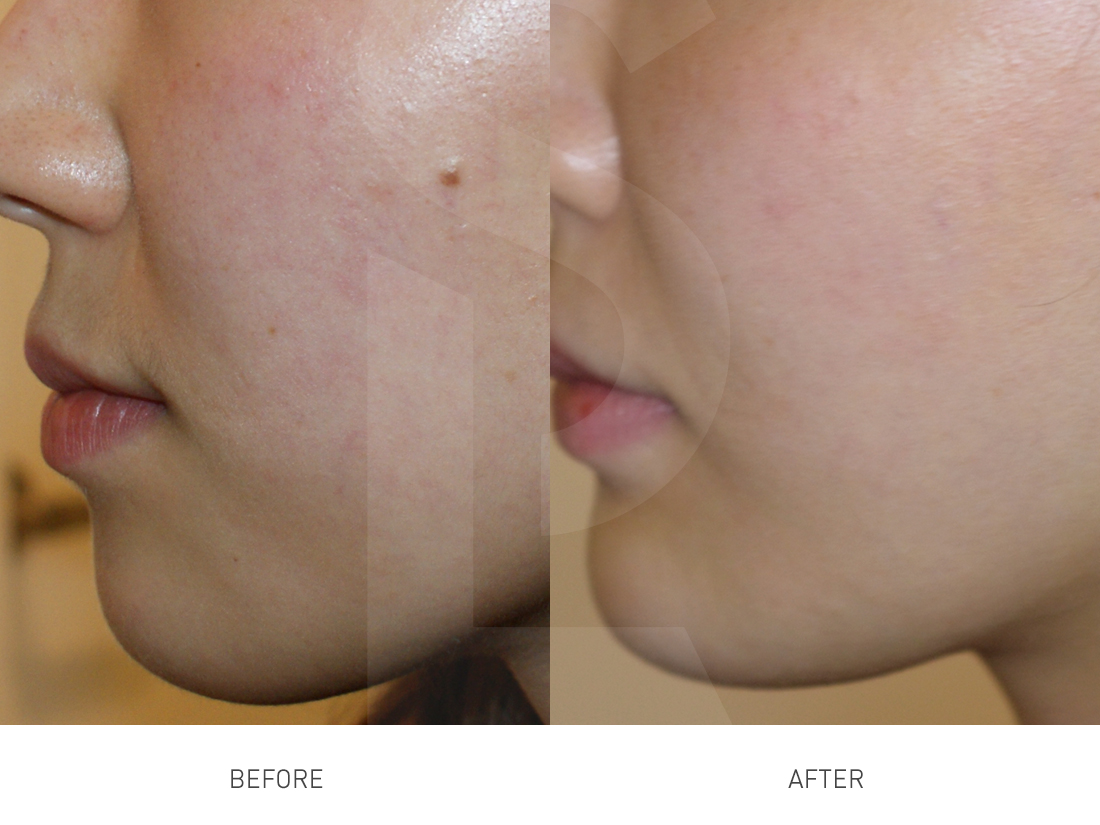