If the mention of a ‘facelift’ conjures images of awkward and unnaturally tight faces, think again. Laser Facelift has been the go-to beauty secret for Korean women from their mid to late twenties. With results promising more youthful-looking skin and more definition to facial contours with no downtime, you no longer have to go under the knife to rejuvenate how you look.

Among the most popular contemporary laser facelift techniques includes High Intensity Focused Ultrasound (HIFU). Ulthera, developed in the US in 2004, is the original product developed using HIFU technology.

Acknowledging HIFU’s exceptional technology and results, Korean doctors later went on to develop products including Doublo, Ultraformer, and most recently Shurink, widely regarded to be an upgrade from the Ultraformer.

WHAT IS HIFU LASER FACELIFT?

For the longest time, ultrasound has been used for the purpose of diagnosis and some cancer treatments. Scientists began harnessing this technology for beauty purposes after discovering that its wavelengths could penetrate into deep tissues, creating a point of thermal coagulation at around 60-70 degree Celsius. This deliberate burning of the skin on the inside induces rejuvenation, as collagen and fibre are regenerated as part of the natural healing process. 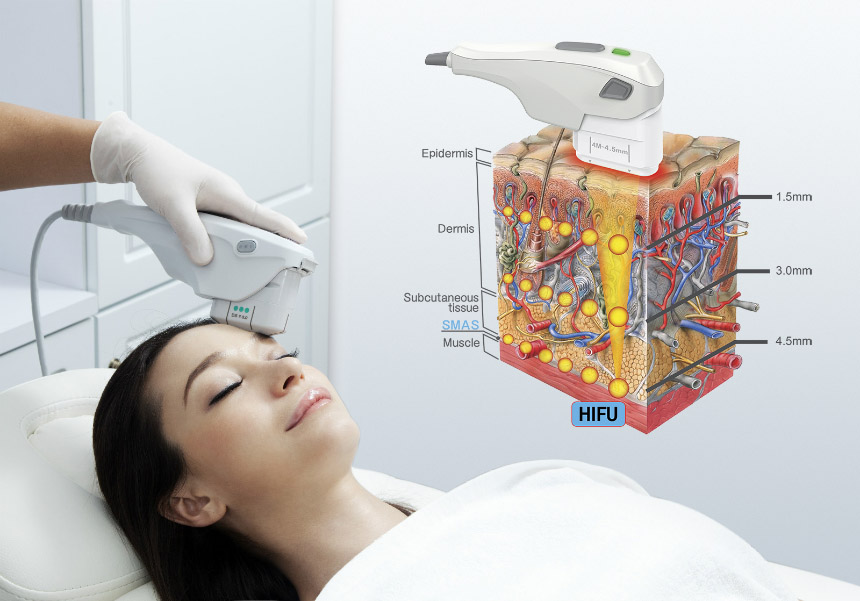 The human skin is composed of multiple layers of skin, fat and muscle. Using various transducers, a device that converts energy from one form to another, HIFU burns the following layers to kickstart skin rejuvenation:

WHAT RESULTS WILL I SEE AFTER A HIFU LASER FACELIFT TREATMENT?

Most people who have received HIFU Laser Facelift treatments have reported the following results:

HOW LONG IS A HIFU LASER FACELIFT SESSION?

Depending on the number of shots, each session can last up to 15 to 20 minutes. While some patients may experience minor flushing and swelling, these side effects go down after a few hours. Patients can also put on makeup and sunblock after the procedure. 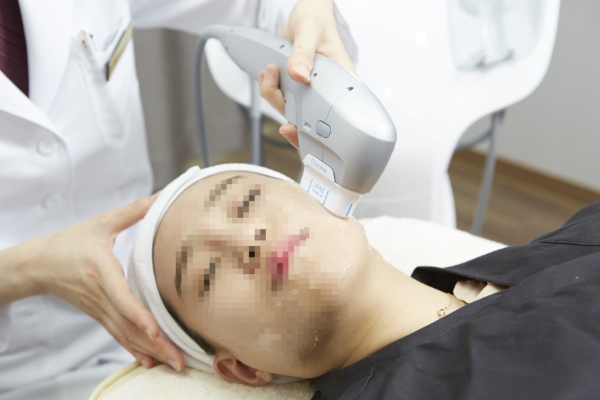 Depending on your pain threshold, HIFU Laser Facelift may cause minor sensations akin to poking with a fine needle. Doctors also usually apply anaesthetic cream to reduce any discomfort.

HOW OFTEN SHOULD I DO HIFU LASER FACELIFT?

Each HIFU Laser Lifting session should not take place more frequently than once every four weeks. While an annual count of three sessions guarantees the most ideal results, some patients have also seen significant improvement in skin condition after just one session.

The results from each HIFU Laser Facelift session can last from six to twelve months, with optimum effects showing 60 to 90 days after the treatment.

WHICH BRAND SHOULD I CHOOSE FOR LASER FACELIFT?

Overall, Shurink and Ulthera are developed from the same parent technology, with SHURINK promising similar results, at a more affordable pricing with less discomfort.

A Guide to Hair Transplant in Korea

Teeth whitening in Korea - which methods are the best?